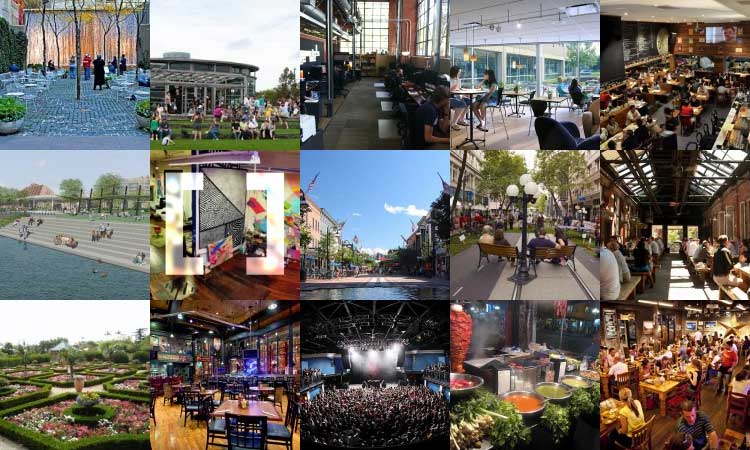 Destination LI is a nonprofit community building and educational organization dedicated to helping people create and sustain vibrant centers throughout the region that strengthen the local economy and community. CSPM Group provided the training for Destination LI to organize crowdsourced placemaking programs in communities that expressed significant interest.

Destination LI (DLI) strives to ensure Long Island can retain its workforce; cultivate local arts and culture and preserve the region’s environmental resources. These goals, which represent the triple-bottom-line of social, environmental and economic responsibility, will help alleviate the economic and social hardships that have befallen many communities throughout the region.

Once a thriving cultural and economic center, Long Island faces the harsh reality of an aging population, overburdened infrastructure and significant threats to its environment. One of the primary causes for these issues has been the proliferation of suburban sprawl. This has resulted in a lack of attainably priced housing options for the millennial generation and empty nesters along with the deterioration of once vibrant downtowns. In addition, Long Island has experienced an inability to retain or attract small and large businesses, further eroding the tax base, economic investment and cultural activity.

Many Long Islanders recognize the need to improve the region’s social, environmental and economic standing. However, the history of development on Long Island has been steered by a heavy-handed, top-down approach without engaging the community during the planning and development process. Even residents who recognize the need for responsible growth have a mistrust of the procedure. As a result, the voice of the community at large has rarely been expressed in a manner that enables positive change to occur.

By harnessing the power of the crowd through social networking and grassroots campaigns, DLI will cultivate a spirit of community-driven visioning, entrepreneurship and local investment. The DLI community will address significant local and regional issues in conjunction with other like-minded groups and organizations that subscribe to responsible placemaking and economic development. At the same time, DLI will seed inspiring, market-driven ideas that meet the principles of the triple-bottom-line.

DLI will serve as a forum for the voice of the people committed to securing a better future for Long Island.

– To establish Long Island’s innovation economy as a global hub for technology industries, creative enterprises and entrepreneurism;
– To attract and retain the young professional workforce who are vital to Long Island’s economic future; and;
– To create a crowdsourcing community that will address regional economic, social and environmental issues through responsible triple-bottom-line economic development.
– To organize the ‘Long Tail’ (see below) of Long Island’s destination-oriented community as an identifiable decision-making body.