Why Tactical Urbanism is Key to Downtown Revitalization

What is Tactical Urbanism?
Tactical Urbanism is a ‘short term action for long term’ approach to downtown revitalization using low-cost and scalable interventions. It is used by citizen groups, businesses, nonprofits and governments, and combines an open development process with the creativity unleashed by social interaction. The result? Better informed decisions in triple-bottom-line (economically, socially, environmentally beneficial) placemaking.

Why Tactical Urbanism?
Today’s vacant lots, empty storefronts, overly wide streets, highway underpasses, surface parking lots, and other underused public spaces remain prominent in our towns and cities and have become the targets of entrepreneurs, artists, forward-thinking government officials, and civic-minded “hacktivists.” Such groups increasingly view the city as a laboratory for testing ideas in real time, and their actions have led to a variety of creative and entrepreneurial initiatives.

What are examples of Tactical Urbanism?
See the chart and list below, organized by sanctioned (government partnered) and unsanctioned projects, and whether they are executed by artists/activists, nonprofits/businesses, or government agencies.


What are the benefits of Tactical Urbanism?
Tactical Urbanism is a learned response to the slow and siloed conventional city building process. For citizens, it allows the immediate reclamation, redesign, or reprogramming of public space. For advocacy organizations, it is a way to show what is possible to garner public and political support. For developers or entrepreneurs, it provides a means of collecting design intelligence from the market they intend to serve. And for government, it’s a way to implement best practices with immediacy. These interventions were never anticipated by a master plan, but provide a needed dose of innovation and creativity, helping citizens not only envision a more vibrant downtown, but experience it too. And therein lies the seductive power of Tactical Urbanism: It creates low-cost, tactile proposals for change instead of plans or computer-generated renderings that remain abstract. If the project doesn’t work as planned, the budget is minimally affected, and future designs may be calibrated to absorb the lessons learned. If done well, the small-scale and temporary changes serve as the first step in informing long-term investment. This iterative process not only creates better projects but also continues the momentum established during the conventional planning process.

What are the most common applications of Tactical Urbanism?


Case Study: Rose Kennedy Greenway, Boston
Tactical Urbanism can be used to initiate new places or help repair existing ones. For example, when Boston’s $22 billion “Big Dig” buried the Central Artery expressway and made room for the 15-acre Rose Kennedy Greenway, the new public green space needed to be activated. In a 2010 editorial, the Boston Globe asserted, “What could be a monument to Boston’s collective spirit is instead a victim of the region’s parochial rhythms.” Architecture critic Robert Campbell put it this way: “There are things to look at but nothing to do.” In response to his critique, and many others, the Rose Kennedy Greenway Conservancy began activating the forlorn spaces. Demonstration gardens, street art, food trucks, and low-cost movable tables and chairs have breathed new life into the greenway. These low-cost modifications were never part of the master plan per se but demonstrate that improving otherwise lifeless public spaces need not cost millions of dollars.


Where can I learn more about Tactical Urbanism? 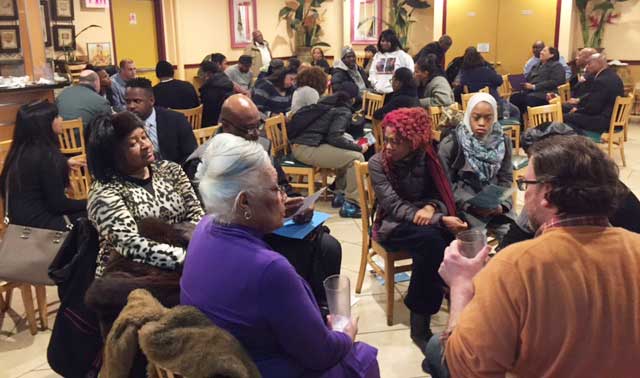 Renew Hempstead, the crowdsourced placemaking initiative in the Village of Hempstead, managed by CSPM Group, continues to work with the local community to define and invest in their downtown as new development is set to occur in the summer of 2016.

Renew Hempstead hosts the Hempstead Six (H6) initiative, where residents define downtown revitalization in their own terms through six areas of focus: Cultural Business District, Village Beautiful, Public Safety, Young People + Education, Jobs + Career Training, Entrepreneur Development. Renew Hempstead has provided monthly grants to programs or events that best support the H6: $250 grant for each of the six initiatives and one $500 grant overall. See newsletter at very bottom of this post. Below are the winners from the last several months of the program:

In New Rochelle, RXR and Renaissance Downtowns set up an office downtown, created a website and used social media to solicit ideas and gauge their popularity. City officials and developers hosted meetings in restaurants, auditoriums and even residents’ living rooms.

Fall 2015 recap of the crowdsourced placemaking effort in Hempstead, NY 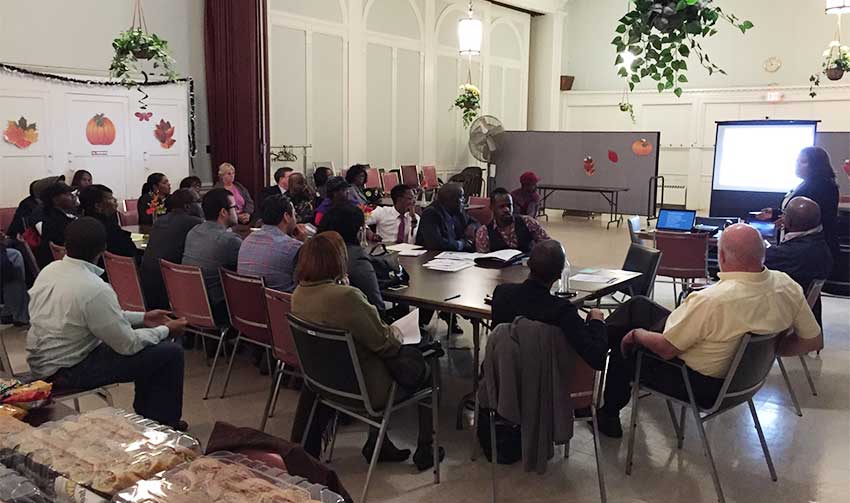 Renew Hempstead, the crowdsourced placemaking initiative in the Village of Hempstead, managed by CSPM Group, conducted one of the community’s first downtown evening outdoor events, titled Hempstead Nights: Music in the Street. Showcasing local artists, they had a great turnout and demonstrated that people can feel safe in the downtown at night.

As part of the Hempstead Six (H6) initiative, where residents define downtown revitalization in their own terms through six areas of focus, Renew Hempstead has provided monthly grants to programs or events that best support the H6. Each month Renew Hempstead will provide a Hempstead Six grant of $500 to a winning proposal. They are also providing one $250 grant every month for each of the six initiatives. Below are the winners from the first two months of the program: