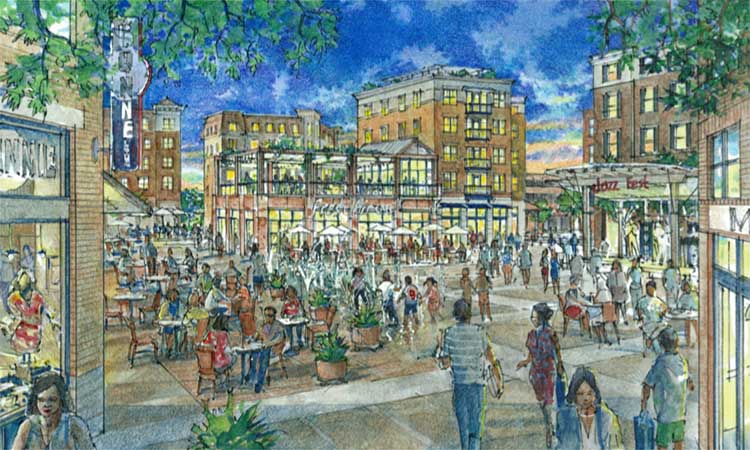 According to the master developer, Renaissance Downtowns-UrbanAmerica (RDUA), the 1000 members of the crowdsourced placemaking community, Renew Hempstead, have had a profound impact on how the downtown revitalization of the Village of Hempstead will move forward, covering 20-25 acres.

On July 3, 2012, the Mayor and Village Trustees approved the zoning brought on by RDUA. Many Renew Hempstead members came out to show their suppport on what is sure to be a historic change in Hempstead, wearing their Renew Hempstead shirts and effusing invigorating applause to the final results.

In February, 2012, the Village Trustees and the Hempstead Community Development Agency formally approved RDUA as master developer  by a unanimous and bipartisan vote. The Master Developer Agreement that was signed clearly states that RDUA will work with the Village to create, in writing, a binding Community Benefits Agreement that will ensure job and career opportunities for Hempstead residents, a priority of Renew Hempstead.  This will be the first of its kind agreement on Long Island and provides a framework by which the Hempstead community will directly benefit from the revitalization of their downtown.

In addition to the signing of the Master Development Agreement that provides for the CBA, the Village was awarded $5 million for sewer repairs and upgrades from New York State – the largest award for a single development project in all of Long Island. It is expected that more funding will be provided by New York State and the federal government, in large part because of the cooperation of the Village of Hempstead and RDUA, along with the public support which has been generated for the redevelopment efforts through Renew Hempstead.